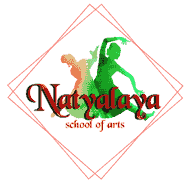 2)      MONTHLY GIFTS: A gift is proposed to be given to one student from each category Bharathanatyam,Carnatic music and Mohiniyattam who scores the maximum number of stars in a month.

of practice.Regular practice is essential for their study.

4)      ATTENDANCE: Students should try to attend all classes regularly unless there is a case of emergency such as illness. School   should be informed of the matter in such cases.

6)      YEARLY  TEST: Tests will be conducted twice every year to assess the progress of the student. Parent or guardian will

be informed of the result.

7)      TEXT BOOK: A text book on each art being taught will be supplied to the students.

8)      GRADUATION: The minimum duration of a course is five years.The certificate of graduation will be issued when the student has achieved a satisfactory level of competence and has completed the minimum period of five years.

9)      SENIOR STUDENTS: Senior students who are performing exceedingly well will be given opportunity for teaching the art.They will be given payment for their work.

Gh! Vigneswara, with the face of an elephant, who is worshiped by bhootha geneshas, who eats the essence of kapitha and jumbo fruits, who is the son of uma devi and allievates of all sufferings we offer over namaskaram on your feet.

O Goddess Saraswathi, salutations to you, the giver of boons and the one who fulfills all desires. As I begin my studies, I bow to the Goddess to help me in making it fruitful and make me successful in all my efforts. Brief Explanation This prayer is chanted before beginning a class or at the beginning of ones studies so that all learning may resolve in knowledge alone. It is addresses to Goddess Saraswathi, who symbolizes all forms of.

We bow to Him the benevolent One

Whose limbs are the world,

Whose song and poetry are the essence of all language,

Whose costume is the moon and the stars..."

Knowlede of Bharathanatyam is given to you by your guru. Guru is the representative of Brahma, Vishnu and Shiva. We are doing namaskaram to guru’s knowledge.